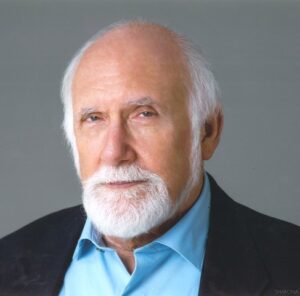 When Dr. John C. Klensin participated in the Tucson High Science Club (1958-62), he couldn’t have envisioned that the Internet technology he’d help to develop would someday become a key part of daily life. For example, every time individuals send or receive email, their doing so is dependent on standards of which he is the lead author. Klensin was inducted into the Worldwide Internet Hall of Fame in its first year, 2012. In its latest applications, the Internet has enabled online education, business conversations and friendly chats to take place for people kept at home by the 2020 COVID-19 pandemic.

Klensin’s career, which has encompassed work in information technology, the social and policy sciences, and related fields, stands as a role model and inspiration for students who aspire to careers in those fields.

At Tucson High, Klensin also was Math Club president, a National Honor Society member and a participant in debate competitions. After THS graduation, he attended Massachusetts Institute of Technology, where he earned bachelor and doctoral degrees. He worked at MIT for a quarter century in research in a variety of related areas with periodic teaching responsibilities. In 1992, he and a colleague created the Network Startup Resource Center, facilitating computer network communications with, and between, developing nations.

Klensin is known for his understanding of both technology and its potential societal implications. Between 1993 and 1999, Klensin worked as the first Distinguished Engineering Fellow in MCI’s history. He later became Internet Architecture Vice President at AT&T.

Klensin’s career has also included work on political behavior and political communications. With United Nations University, he helped develop methods for international sharing of data about the nutrient composition of foods.

He’s been active in developing international Internet technical standards, including contributions to standards for Internet mail and to mechanisms to better enable use of languages and writing systems other than English and chairing the Internet Architecture Board.

His volunteer activities in Massachusetts have included Boy Scout Council Training Commissioner and wilderness and advanced first aid instructor for the Red Cross. While at THS, he volunteered for Southern Arizona Search and Rescue.