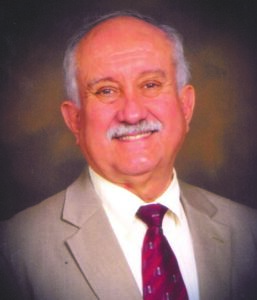 was a native Tucsonan born in Barrio Anita in 1942.   In 1961 he graduated in the top 10 of his class from Tucson High School. He was also chosen to be the student body speaker at graduation. As a senior at Tucson High, he was a member of the National Honor Society.

His career as a teacher, principal and assistant superintendent at Tucson Unified School District placed him at the center of the struggle in our community to bring quality education to underserved children.  At one point he was principal for Davis and Carrillo Elementary schools at the same time. He fought on the frontlines of Bilingual Education in the 1970’s.  Gene Benton was one of the founders of the University of Arizona Hispanic Alumni Club created in 1982.  He joined with politicians and community leaders who sought him out for advice because he was perceived as a man of good moral judgment and integrity plus he knew his communities’ needs deeply.  It was only after his death that people came forward to share the breadth and depth of his contributions to so many children’s lives, to families, civic organizations, social causes, and church activities.  Among the contributions, were the improvement of education for second language learners and the perpetuation of multicultural education.  He was an active leader in the YMCA, Pima County Interfaith Council, Nosotros Academy and Herencia Guadalupana Lab Schools that served children in poverty.  His commitment to Holy Family, St. Augustine and St. Johns Church was deep and strong with multitude of giving, talent and treasure.  He served on the St. Augustine parish council for many years and continued to be active at parish council meetings. Gene was active in teaching middle school and adult religious education at St. Augustine’s Cathedral.

Dr. Eugene Benton “Gene” sought no power nor ambition nor self-aggrandizement but truth and justice and equality for others, and he took no credit for the progress and success he helped actualize.

“Gene” was in the highest sense a servant leader, a humble Tucsonan who impacted hundreds of lives in the community.