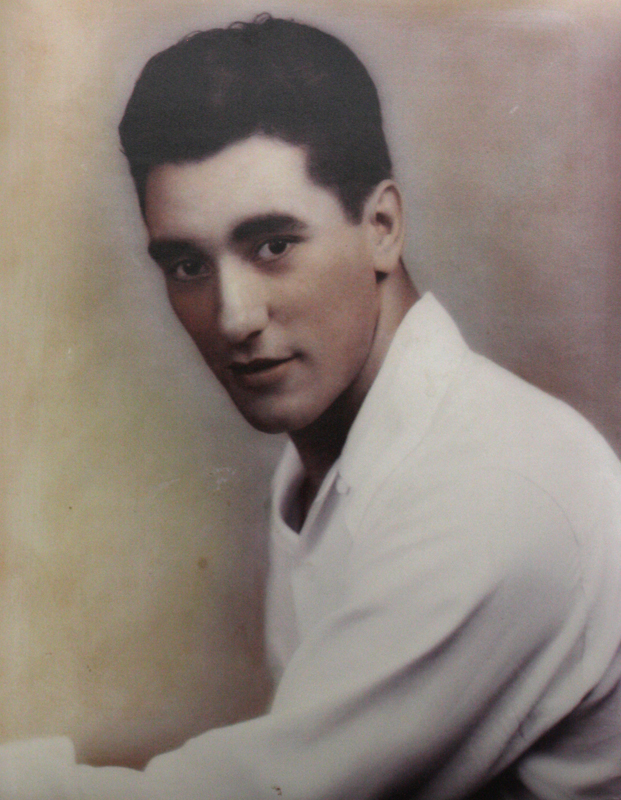 Dick Aros attended Tucson High School from 1937- 1939. As a member of the baseball team coached by the legendary Andy Tolson, the Badgers were State Champions in 1937, and then again in 1939. The 1939 State Championship was the start of the eight straight titles for Tucson High. Dick posted a career batting average of .533. That career batting average stood for over 66 years as a State of Arizona high school record. It may very well still be a Tucson High School record. Dick also found time to play football for the Badgers. He was a back-up running back, but the first string place kicker for the football team.

After graduating from Tucson High School, the military called and Dick found himself in Italy and North Africa attached to the
US Army Air Force Glider Group. Dick’s dad was a construction superintendent and carpenter. Gerke Construction was owned by the brother of the Bishop for the Catholic Diocese of Tucson, so they were awarded nearly all the contracts to build all the Catholic churches in town. Richard worked and helped erect over 10 Catholic churches, numerous parochial schools, rectories, nuns’ quarters, a seminary, and two Catholic high schools. Richard and his wife, Ruth enjoyed 66 years of beautiful memories before her untimely death in 2012. They had three sons.