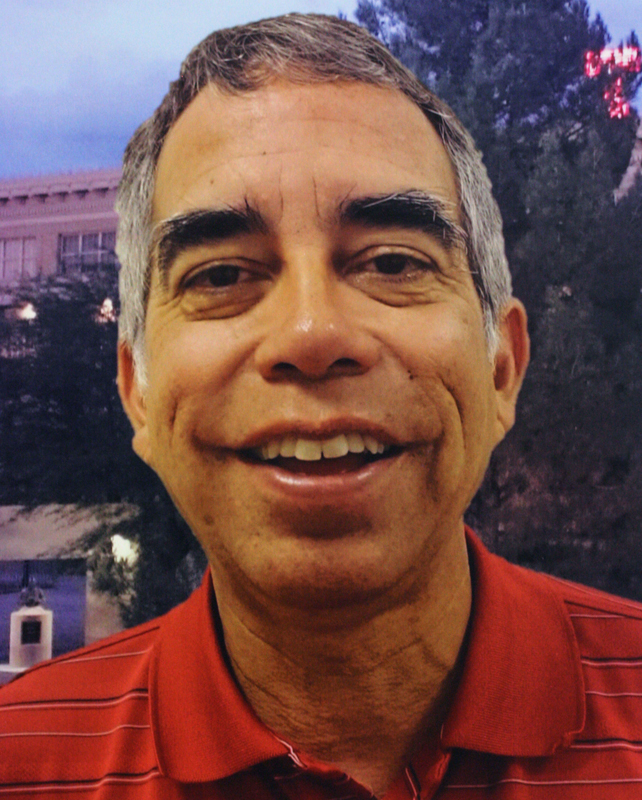 Dale Lopez was born and raised in Tucson, Arizona. He attended Roskruge Elementary as well as Roskruge Junior High. He graduated from Tucson High School in 1976. He competed in cross country for 4 years. He was also a sports writer for the Cactus Chronicle. It was while at Tucson High when Dale got his start serving the Tucson community as a volunteer by being the director of an after school sports program at Roskruge elementary, coaching elementary students in flag football, cross country, basketball, softball, and track and field. Dale is in his 42nd year as director of the after school program.

Dale expanded the elementary school sports program around TUSD and SUSD by being the founder and director of the well-known
“Roskruge Cougar Classic” in which elementary schools compete in organized team sports such as: Cross Country, Basketball, Softball, and Track and Field. The “Roskruge Cougar Classic” first began in 1983 with three teams competing in the tournament. This year 42 teams competed in the basketball tournament and it continues to grow every year.

The Tucson community has recognized Dale for all his service and accomplishments serving the youth of our city by selecting him as the 1996 TEA Teacher of the Year, along with the 1998 Hispanic Professional Action Committee Award, which is awarded for displaying recognition, work, and service to the Hispanic Community of Tucson. One of Dale’s main awards came in 2009 when Dale was inducted into the Pima County Sports Hall of Fame for all his service and accomplishments!

Dale also served as the PA announcer for many professional teams such as the Tucson Toros, Sidewinders and Padres from the Pacific Coast League. He also finds time to announce many high school football and basketball games, along with being the current PA announcer of the Arizona Wildcats baseball team. If Dale is not announcing football, basketball or baseball games, he is out officiating basketball and softball games as a TUSD umpire or referee. He started in 1977 as an official and is still going strong!