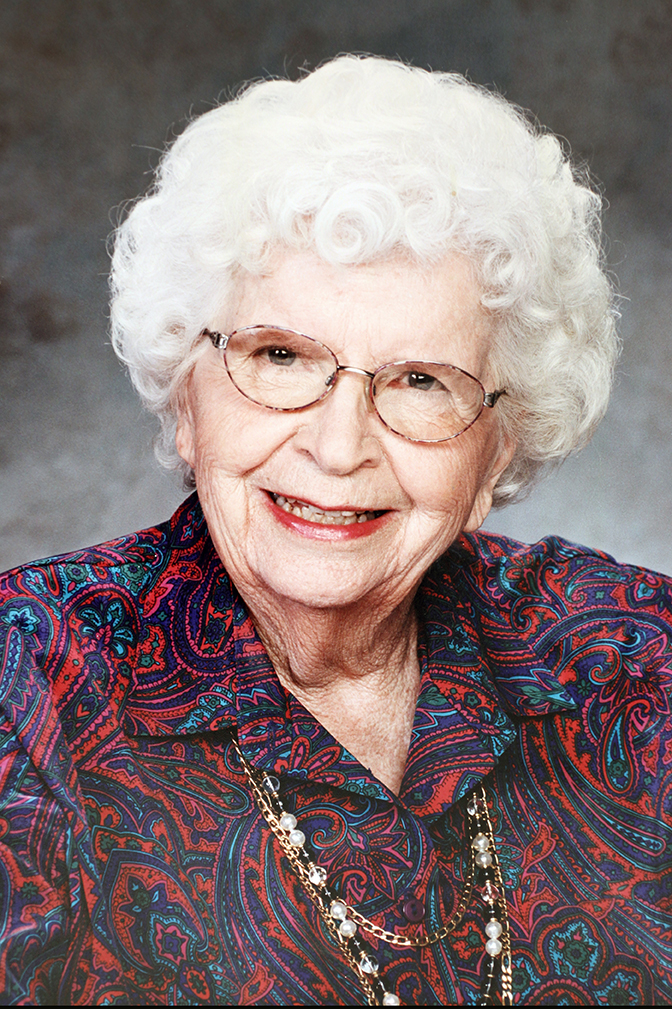 Connie McConnell moved to Tucson in 1930. What a break for Tucson because it gave Tucson High the opportunity to be a part of the development of Connie’s many talents. As noted in the 1934 Tucsonian, Connie was part of the Allegro Club during her three years in high school as well as a member of the Latin forum, the Honor Society, the Debate Club and Cactus Chronicle. At the University she participated in the UA Glee Club, was a soloist of the University of Arizona Opera, a member of Mortar Board, Sigma Alpha Iota, Alpha Phi and the National Collegiate Players. She earned a Masters Degree from New York University in 1939. She was appointed Assistant Dean of Women at Idaho University but her professional career was cut short with her marriage to her Arizona sweetheart, George McConnell. Her muscical activities include: Tucson Civic Chorus, Trinity Presbyterian Chorus for 35 yers, four production of the Junior League Follies, Tucson Gilbert and Sullivan, Phoenix Oratorios Society, Enid Oklahoma Light Opera Company, Greenwich Village Opera Company, Corral Theater, TTucson Little Theater, Teatro de los Ninos. She has served as President of the Junior League of Tucson, St. Luke’s Home Board and the University of Arizona Alumni Association. She has served on boards of the Tucson Festival Society, Opera Guild Board of Directors, Chairman of the pre-cotillion Symphony Ball, Opera Auditions Committee and a member of the St. Luke’s Board of Visitors. In recognition of her many contributions of leadership and commitment to Tucson she received the prestigious Ann-Eve Johnson award from the Junior League of Tucson and was awarded the Opera Guild Plaque for Service as well as being named an Honorary Life Member of that organization. In 1977 she co-founded and was president of the Messiah Sing-In.