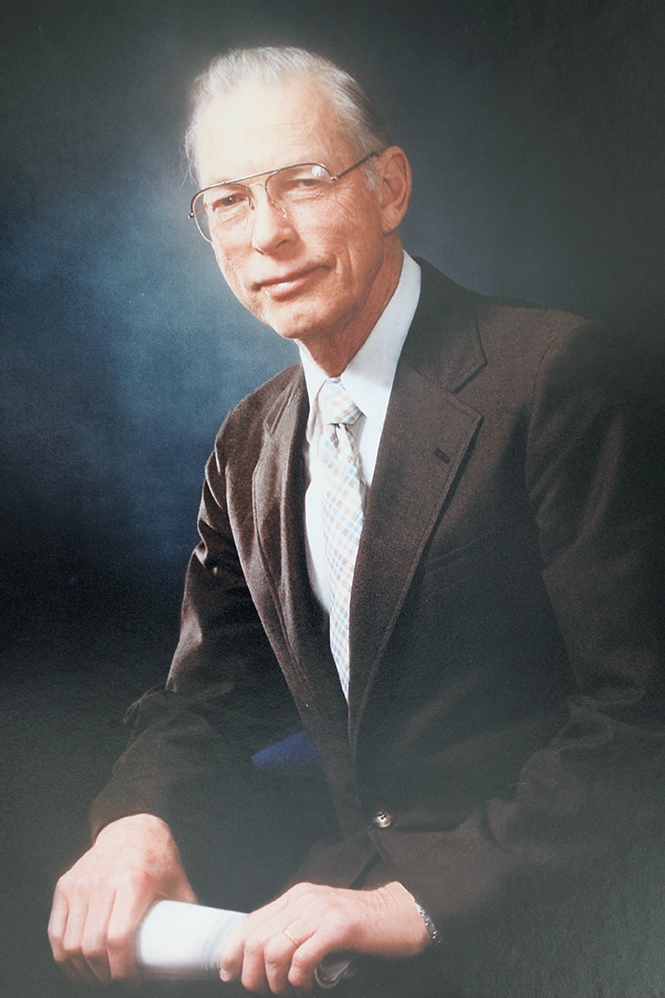 Charles B. Beal, Class of 1939
Physcian Researcher and Inventor of Medical Devices

“Dr. Beal is remembered as a selfless humanitarian who put others above himself and who has been working to improve the health of people in Third World countries” said an associate upon learning of his death. “Everyone who knew him loved him. It’s a great loss to our community.” Charles Beal was the son of a Baptist minister and while at Tucson High was active in football, basketball and track, a member of the Lettermen’s Club, Dramatic Owls and the National Honor Society. He earned a medical degree in 1948 from Harvard Medical School and served as squadron surgeon with a US Air Force rescue team, jumping out of planes over various places from Saudi Arabia to the mountains of Mexico. He went on to earn a diploma in tropical medicine and malariology from the University of Paris and traveled to West Africa in 1952 to fulfill his childhood dream of becoming a medical missionary. With his wife, Lucerne Smith, he founded a hospital in the town of Ferkessedougou, Ivory Coast, where he treated up to 200 patients a day and served as hospital director for six years. From 1966 to 1968, Dr. Beal returned to the Ivory Coast to train Peace Corps volunteers and in 1998 received the Order of Commander in Health services from the Republic of Ivory Coast. Dr. Beal served on the faculty of Stanford Medical School and the University of California at San Francisco. He researched and taught tropical medicine in Mexico and Central America and worked at the Charles Drew Clinic and the Palo Alto Medical clinic. He also founded companies developing inexpensive diagnostic, contraceptive and infection-prevention devices including a test for HIV that can be read within 10 minutes. He worked to improve and treat viral diseases. His long experience in Africa showed in his everyday life, in his sensitiveness to the unfortunate and in his unusual patents. Before his death he had arranged for a clinical trial for cures for AIDS, hepatitis, etc.