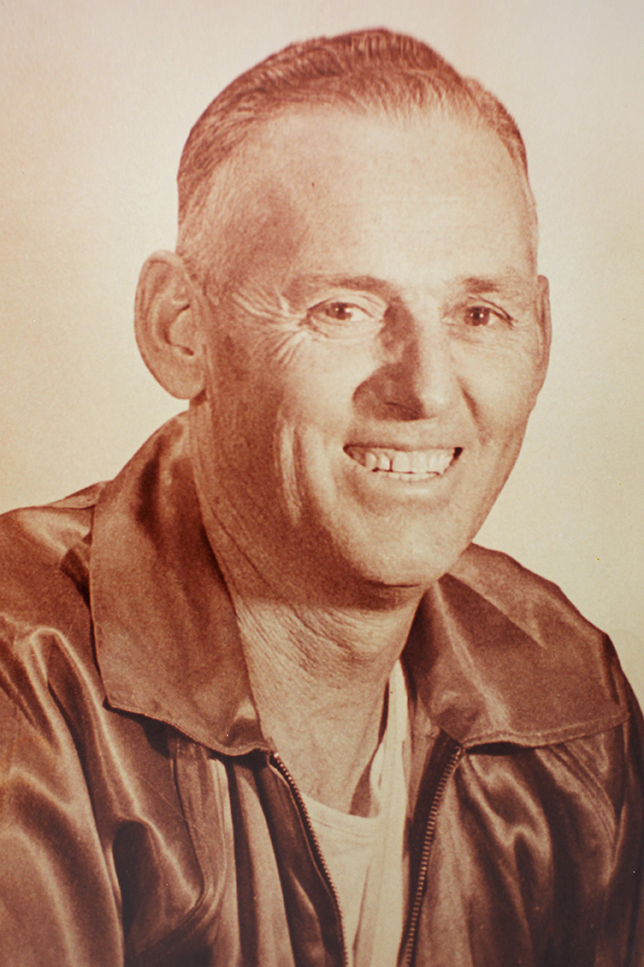 Bud Doolen’s daughter, Joanne Montgomery, commented on her father: “he was a model father and influenced my life, which has been directed to education of youth, a tremendous influence on my brother Buddy, who is also a teacher and basketball coach, in Mesa. He, like my father, has now become a mentor to many of his young assistant coaches and players who themselves have become coaches in the Phoenix area.
The following are excerpts from Arizona Prep, the Magazine for High School Athletes, summer, 1976.
“No American high school dominated a decade of sports like Tucson High dominated Arizona during the World War II era. During that period, the Badgers won five state basketball championships—two teams going undefeated—and at one span won51 consecutive games.
“When he died suddenly after coaching his 17th game of the 1954-55 season, he was the winningest high school coach in America.
“When questioned about retirement three months before the end, Doolen answered, “I’d like to go on coaching forever.”
“During his career, he amassed a record of games won which will rival any record held by any coach, high school, college, or professional. In 32 years of high school coaching, his teams romped to victory on 701 different occasions, meeting defeat only 134 times for a fabulous 0.88 winning percentage.
“His Tucson High teams won five state championships, but surprisingly he gained his early fame as a football coach in Plattsmouth, Nebraska.
“His wife, Berenice, commented at the time: ‘ he was more outstanding as a football coach…he was a demon for defense…that’s what he stressed the most in both sports.’
“Born in Kinmundy, Illinois, Doolen was a four-sport star at Southern Illinois and the University of Illinois the time of Red Grange. Doolen got his first coaching job in Plattsmouth, Nebraska, and moved to Miami, Arizona, in 1930 as head football and basketball coach.
“Moving to Tucson in 1935, he became head basketball coach at Tucson High, with two assistant jobs in football and track.
“Between 1936 and 1954 his Big Red Machine won 387 games, lost77, won five state championships and won 51 games in a row during one record-braking stretch. In 1944 he took over for Doc Van Horne for one season and won the State track title.
“He called his 1943 team the best high school team I ever coached or saw in Arizona, Nebraska, or Illinois. That team finished 20-1 and included Fred Enke, Joe Cherry, John McIntyre, Julian Leon, Gordon Matteson, Rudy Delgado, Willis Dudley, Bill Felix, Don Hodges, Alvin Kivel, and Bruce Weinzapfel. Kenneth Herman and Bill Kalt were managers.
“But that was before 1948 team came along. Led by the likes of Rudy Castro, Roger E. Johnson, and Brit Smith. They blitzed through a 28-game schedule, averaged 56.2 points per game to their opponents’ 30.8, and beat might Phoenix Union 48-46 for the state championship.” (–the start of the state record 51-game winning streak).”
A Tucson school, Doolen Middle School on North Country Club, bears his name.