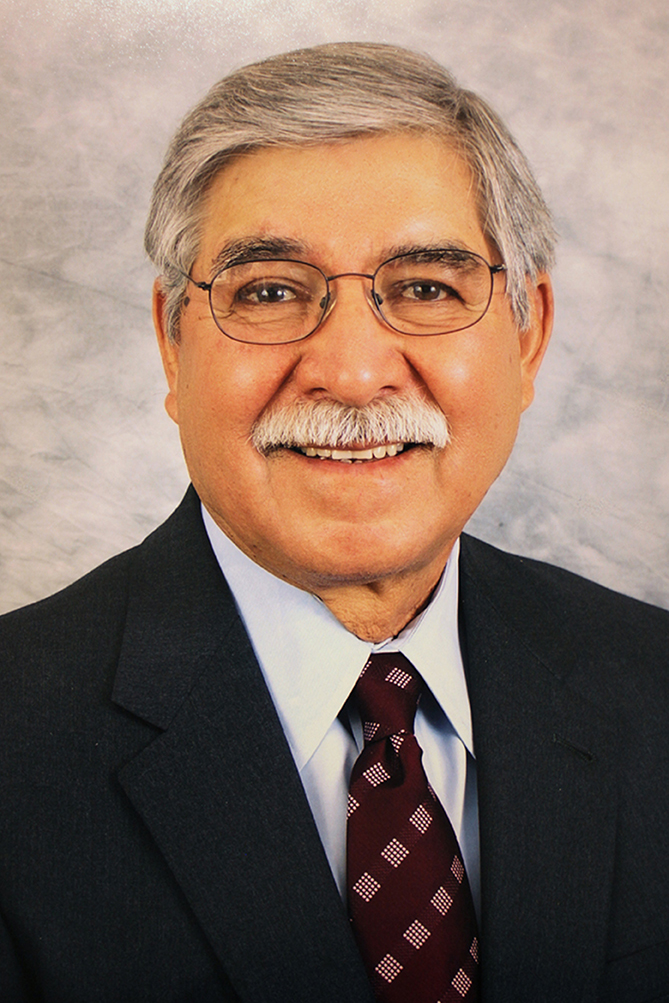 From a modest beginning in Tucson’s Barrio Viejo, Augustine P. “Augie” Gallego has dedicated his career to the education of young people and is recognized nationally as a leader in higher education. As chancellor of the San Diego Community College District (1990-2004), he put systems into place to ensure that students graduated and were able to transfer to four-year colleges. In addition to more than 100,000 students that were enrolled in district colleges, Chancellor Gallego expanded the district’s technical training to Navy personnel throughout the U.S. and Europe. Change Magazine named Gallego one of the nation’s most influential higher education leaders. He served as chair of the American Council on Education, only the second community college chief executive to lead that organization, and in 1998, he led the American Association of Community Colleges. In 2003, he helped found the Salzburg Global Seminar’s International Studies Program for community college students. Since retiring from his San Diego position, Gallego has worked with the Achieving the Dream student success national initiative. Last year, he was appointed co-chair of the 21st Century Commission on the Future of Community Colleges. In 2007, he served as interim president of Estrella Mountain Community College in Phoenix, and he serves as “coach” for several community college presidents. “Augie” drew early inspiration from his parents’ work ethic and dedication to family. At THS, he played football under Coach John Mallamo and built his educational foundation with both college prep and vocational courses. Because of financial need, Gallego began working fulltime immediately after THS graduation (1962) as a laborer in Tucson’s water department. Later he became a firefighter while attending University of Arizona classes. After receiving his degree in secondary education, Gallego progressed from entry-level college administration in California to positions of president and chancellor. Gallego has been involved as board chair or member of numerous community organizations, including San Diego’s United Way, Children’s Initiative and YWCA. He has helped launch or actively supports several funds for college scholarships, including a Pima College fund for THS graduates. He is currently taking part in a UA College of Education fund-raising campaign.