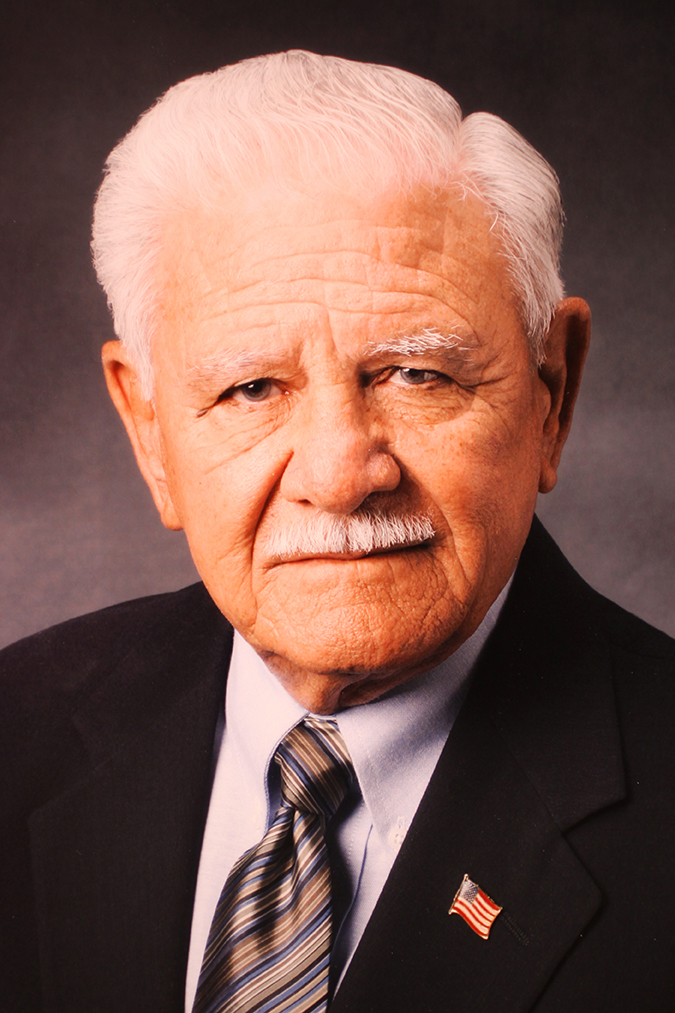 Armando Carrillo is known by many to be an outstanding Badger. He was a member of Coach Gridley’s football team, which Grid stated was the best team he coached at Tucson High (having won 32 straight games from 1943-1945). After graduating from Tucson High, Armando attended Palo Verde Junior College in Blythe, California. While at PVJC, he was elected Student Body President. He was also a member of the football and basketball teams and he received all state honors in both. After attending PVJC, he attended Officer Training School and completed an army career as a full Colonel. Upon completion of his military service, Colonel Carrillo attended the University of Arizona, where he obtained a Masters Degree in Special Education. He became a teacher and taught in the Amphitheater School District for fifteen years. He and his wife Rachel raised two children, Robert and Carla. He is currently the President of the Tucson High School Alumni “T” Club.