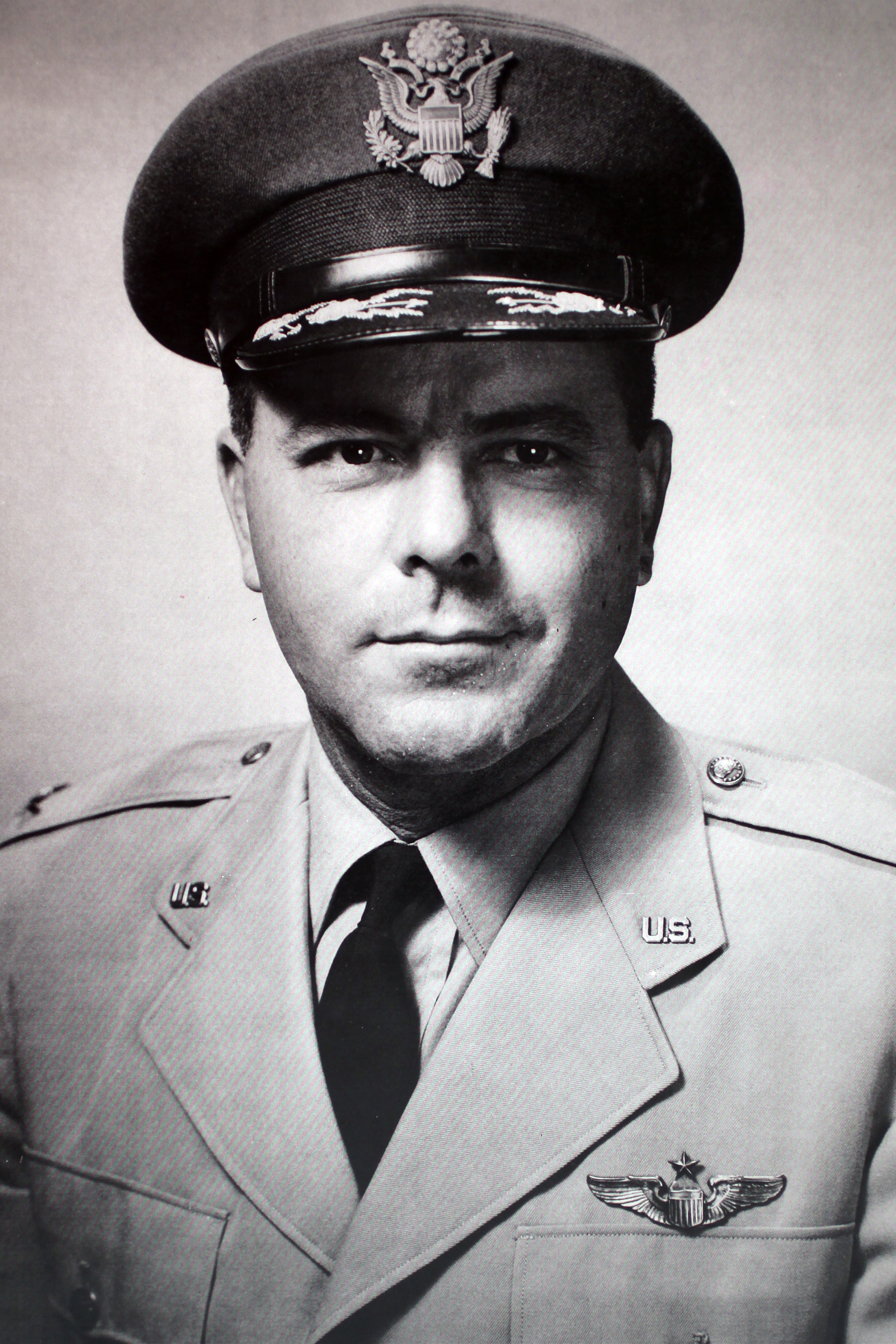 A third generation Tucsonan, is a product of Tucson Public Schools. In high school he was an honor student and lettered in football and baseball – went to the University of Arizona where he not only was an excellent student but was selected for membership in the Sophomore, Junior, and Senior Honorary Fraternities – won three varsity letters in baseball where he was the starting centerfielder – After graduating from the UA with a degree in Chemistry he went to work for Inspiration Company in Miami, Arizona – with the war on the horizon he decided that the Army Air Corps was the place to be – he applied for and was selected to attend the U.S. Army Air Corps training facility at Randolph Field which was known as the “West Point Air” – was trained as a Pursuit Pilot and was commissioned as a second Lieutenant U.S. Army Air Corps in the spring of 1939 – On December 7, 1941 he was based at Elmendorf Field in Anchorage, Alaska – during the first months of the war in defense of Alaska he flew throughout the Aleutian Islands in the pursuit planes that were in our arsenal at that time – the P-36, P-38, P-39 and the P-40 – planes were equipped with the most primitive navigation and radio equipment. It was extremely hazardous and dangerous flying – he proved to be a leader and by 1942 he was promoted to Lieutenant Colonel – in mid 1943 he commanded a P-47 fighter bomber group that was forming at Congaree Army Air Base, Columbia, S.C. And developed the dive bombing tactics that his group was to use so very successfully while supporting General George Patton’s army during its race across Europe including the Battle of the Bulge – during this time he was promoted to the rank of Colonel and his insignia of rank were pinned on his collar by General Patton – for his wartime service he was awarded the distinguished /Flying Cross with Oak Leaf Cluster, Air Force Commendation Medal with 11 Oak Leaf Clusters and awards from the French, Belgian and Russian governments – while under his command, the 406th Fighter-Bomber Wing earned two Presidential Unit Citation for the Commanding General of various army units – Col. Grossetta remained in the Air Force until he retired in 1956 to return to Tucson to live – he quickly became a leader in the Tucson community – was Vice President of Pima Savings and Loan – was a member of many Boards of Directors including that of Tucson Electric Power, Tucson Medical Center, Tucson Airport Authority, Better Business Bureau, Tucson Chamber of Commerce, Rotary Club of Tucson, and the Board of Advisors of Mountain Bell – He was one of the prime movers in the founding of the Pima Air and Space Museum – in 1996 he was inducted into the Arizona Aviation Hall of Fame.