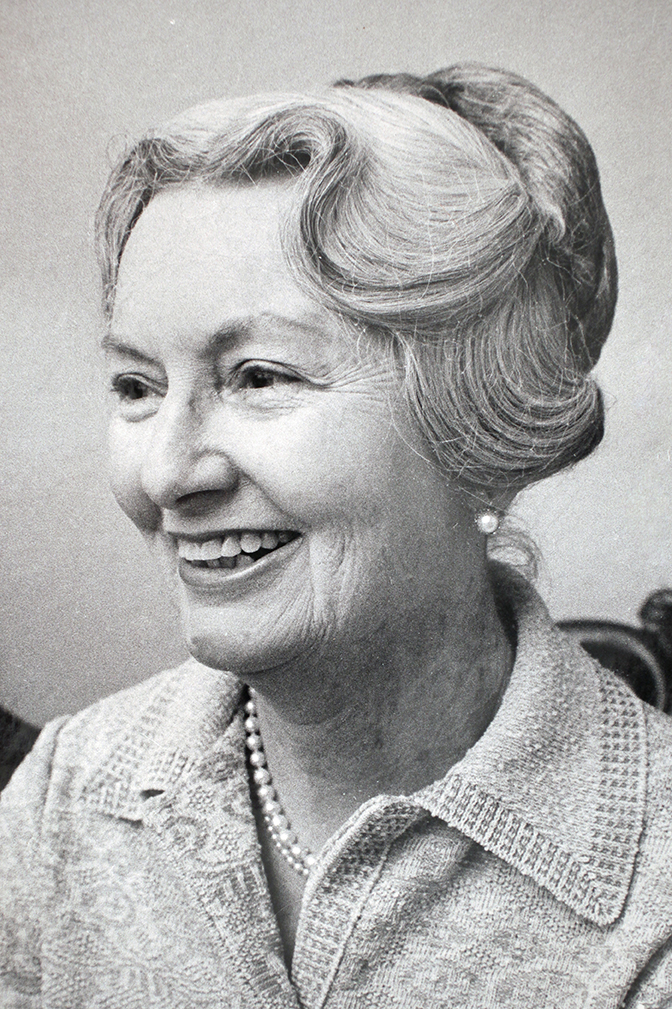 Born December 18, 1908 in Tucson, Mrs. Johnson graduated from Tucson High School in 1926 where she was a class secretary, member of the Student Council and on the staff of The Cactus Chronicle and the Tucsonian. She attended the University of Arizona where she was secretary of the Student Body, a member of the Mortar Board, Alpha Phi and many other activities; graduating in 1930. In 1956-57 she was president of the University of Arizona Alumni Association. Throughout her life she maintained an active leadership in civic affairs, historic preservation, child welfare and politics. She was listed in Who’s Who in America (volume 33 in 1964-65) and named Tucson’s Woman of the Year in 1979. She was recognized for her work for children on a national scale and received the University of Arizona Alumni Service Award for outstanding contributions to education and preservation.