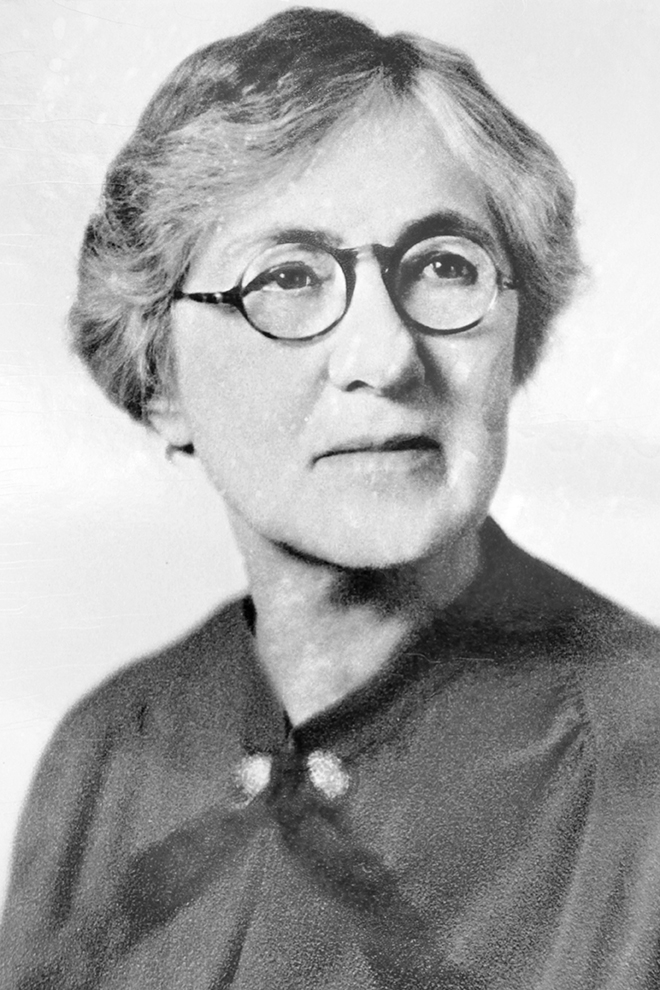 A pioneer educator of Tucson was born July 30, 1871 in Bradley County near Cleveland, Tennessee. She received her basic education in a small one-room, one teacher school. She could read and write before she entered school following her fifth birthday. In 1887 Anne E. Rogers began her teaching career.
In October of 1889 the Rogers family rolled into Tucson on the Southern Pacific train. Anne immediately put in her application for substitute teaching until she could get a certificate for a permanent position in the city schools. Her first position teaching was the first grade in the old Congress Street Schools. From there she went on to Safford School to teach fourth grade and then was asked to teach the very unruly seventh and then eighth grades. Anne E. Rogers had a tremendous supply of untiring energy.
It was in the fall of 1906 that Anne E. Rogers was asked to reorganize the “new” high school since a law was passed making it compulsory for all towns of a given size to furnish high school training for local high school pupils. The “Little Adobe High School’ was then built. In the fall of 1907 high school classes were moved to the Safford School building. The Roskruge School building was used in 1907 until 1923 when the existing Tucson High School building was completed. Anne E. Rogers recognized the need for more and better oral English. She developed work in leadership and public speaking. In her administrative work she tried to avoid punishment in her discipline methods. One could say, her first interest was the welfare of the pupils one and all. She believed there should be a close tie between the home and school. During her teaching days at Tucson High she taught general science, history, civics, and monitored study hall.
After a brief absence, Anne E. Rogers returned to Tucson High where she became even more active especially in her ability to use the method of fair play and open mindedness in the solution of problems. She taught an Americanization class in the evenings from 1927-1938 to help approximately 1500 aliens become American citizens. In the spring of 1934 Anne E. Rogers retired from active teaching. Anne E. Rogers was a fine teacher, a true leader. Compassionate but firm with her students. She was an institution at Tucson High School during her years as a teacher.