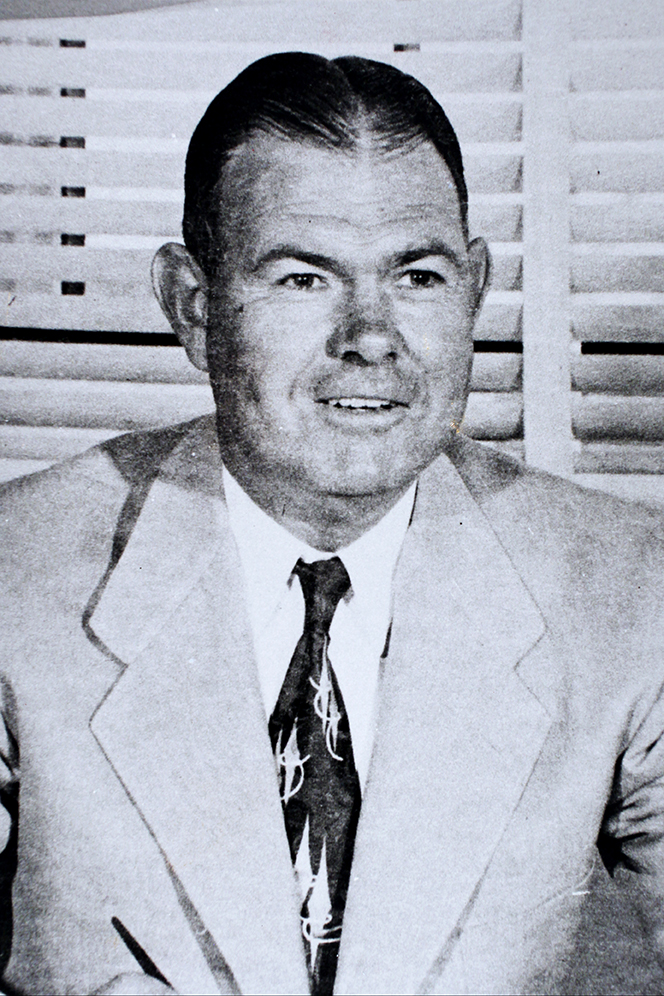 Teacher, Coach, Principal
A 1926 graduate of The University of Arizona, Andrew “Andy” Tolson began his teaching career at Tucson High School. He taught civics and economics, served as baseball coach, assistant principal, Dean of Boys, and as a principal from 1950 until his retirement in 1967. As a University of Arizona student, Andy Tolson was the Wildcats’ starting pitcher and played during his four years as an undergraduate. His love for sports and academic achievement carried over into his work with Tucson High students. During his tenure as baseball coach, from 1927 to 1941, a winning tradition was established at THS with seven state championships to the school’s credit. His dedication to developing quality leadership among his students found him giving long hours as faculty sponsor of the student council and the student body government. His personal leadership qualities were well recognized and respected by his peers. He served two terms as member of the Arizona Interscholastic Association Executive Board. He was also President of the Arizona Association of Secondary Principals and President of the Association of Arizona School Administration.