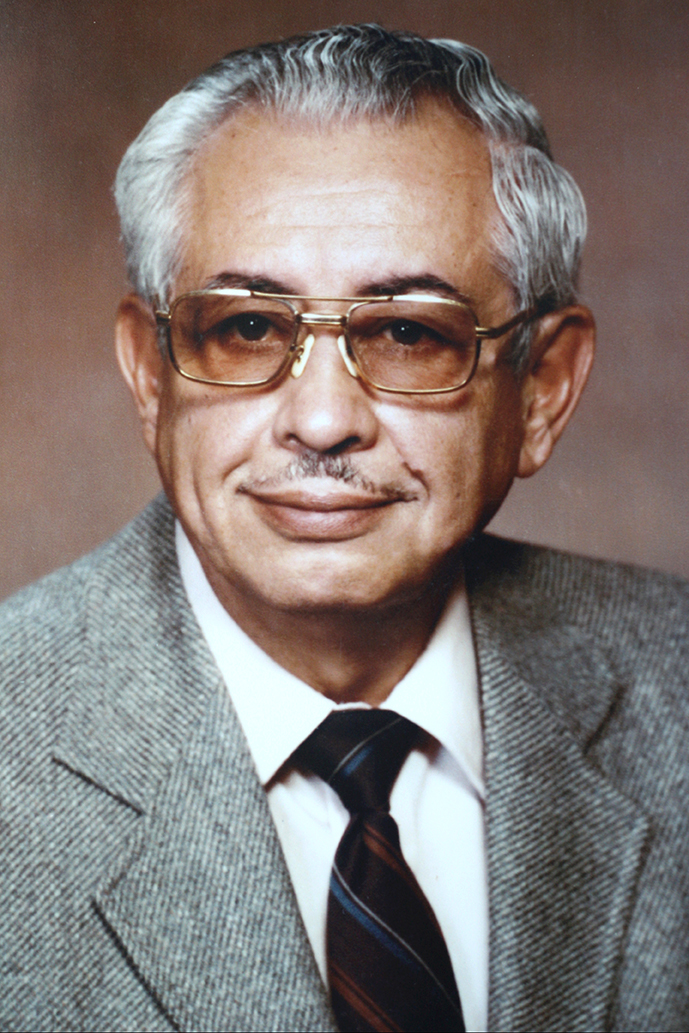 Alex was an active, successful student at THS starting in 1943. He was a member of the student council, school events and sports, playing varsity basketball his senior year, known to all as “Conejo” on the court. He met his future bride, Grace Reyes, a THS Badger and was married for 58 years raising five THS Badgers. Alex went to school full time and also worked as a draftsman for the City/County Planning Department not realizing how this job, training and skills would affect the future of Tucson and Pima County for many years to come. Alex joined the Army from 1946 to 1948 spending 13 months overseas with the 69th Topographic Engineers in Seoul, Korea helping troops map the land obstacles associated with their missions. His dedication to details brought important knowledge to our troops making missions safer. He was honorably discharged in March 1948. Alex rejoined the City/County Planning Department in April 1948. This began a 38 year career that eventually affected every corner of Tucson, the city we know today. Numerous accomplishments can be attributed to Alex – his writings contributing to the Journal of Urban & Regional Policy and Floodplain Management System Model. In 1964, he became City/County Planning & Zoning Director. Alex worked on advance planning for the county/neighborhood areas. He established airport ordinances for Davis-Monthan and Tucson International Airport and was behind the protection/establishment of historical districts, i.e. San Xavier Mission and Fort Lowell Historical areas. His devotion to Tucson/Pima County inspired him to serve on the Board of Directors for the Arizona Historical Society, creating the “Bent Spittoon” Award to recognize service in preservation of historical sites. Alex is a founding member of the Pima Air & Space Museum – protecting and allocating land, creating the world’s third largest air museum. For his effort and devotion he has been given a lifetime membership to the museum, and honorary lifetime membership to Southern Arizona Home Builders Association. He is ex-chairman/member of Patronato de San Xavier Mission, providing leadership during the major reconstruction/preservation project, and a member of the Westerner’s Corral, American Planning Association and Air Force Association