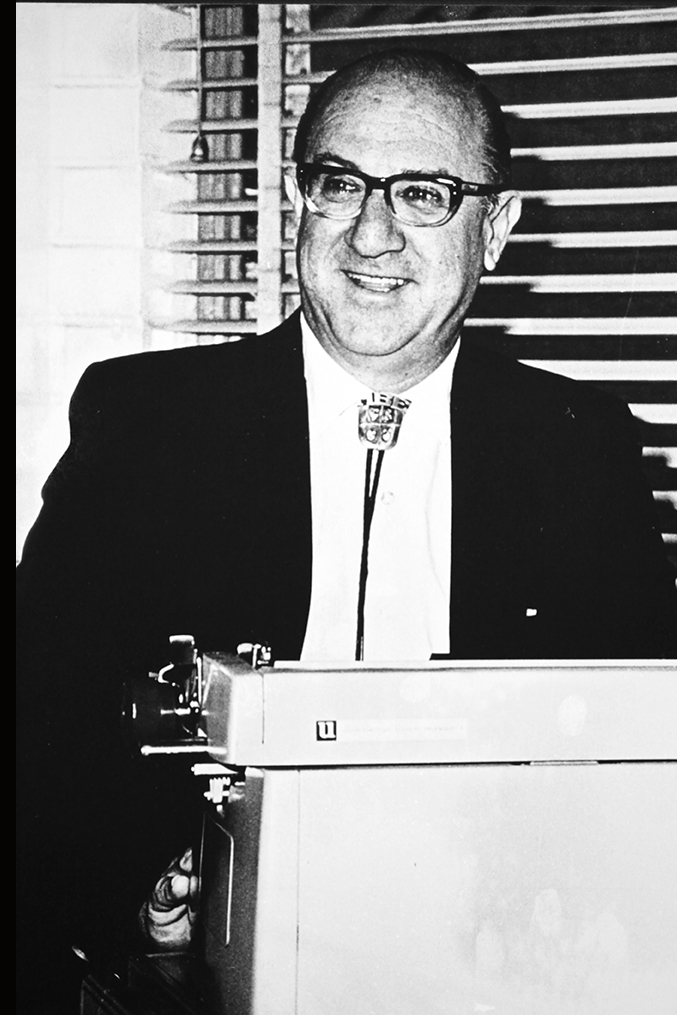 Was born in New York City and moved to Tucson with his family in 1929. He attended Tucson High School and The University of Arizona where he was awarded a bachelor’s degree in Journalism. Abe was affiliated with the Arizona Daily Star for thirty-six years. He was a reporter, the Sports Editor, The Public Affairs Editor, and the Editorial Editor. He was also affiliated as an editor and publisher for the Arizona Post and Collegiate Baseball.
At the Arizona Daily Star, Abe was instrumental in founding The Sportsman’s Fund, raising almost one million dollars for the “Less-Chance Kids” camp. He also sponsored a Little League team in Korea; Abe Chanin served on committees with the U.S Olympic Baseball, NCAA Baseball Rules, and U.S Baseball Federation. He is listed in Who’s Who in the West and in World Jewry. Abe is the author of three books on Southwest history: “This land, these voices”, “They Fought Like Wildcats”, and “Flames of Freedom”. A treatise on defender for freedom of the press was published in 1990.
Abe Chanin currently a professor of journalism at the University of Arizona and Director of Southwest Jewish Archives, was honored in 1988 by the Arizona Press Club for 50 years of distinguished service to Arizona Journalism.
In 1990 he was named to the 1990 Arizona Hall of Fame by The Phoenix Press Box Association. Abraham Chanin, class of 1939, a true Hall of Famer who continues to bring journalism to the Tucson community.